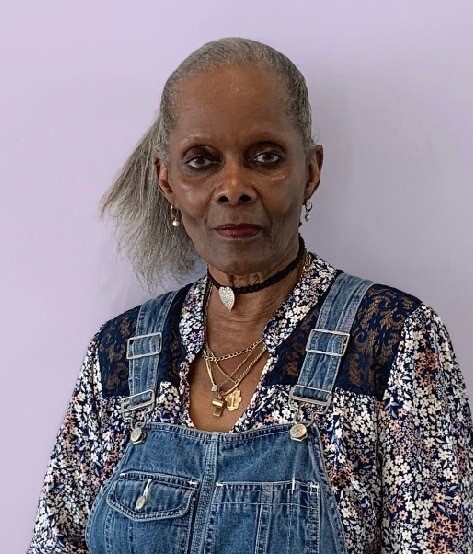 R. Ashton Wall is a New York City-based American author, lyricist, actor, composer and writer who created several stage productions that blended modern musical forms with classical music and  incorporated musical genres like R&B, pop, jazz, blues, calypso, latino, hip-hop, classics, and traditional theatre show tunes.  More recently, in production is the movie SOME THINGS GOOD SOME THINGS EVIL, about finding acceptance as LGBTQ, and a proposal for a documentary based in defining any differences or similarities, between them in comparison to heterosexual emotions/behavior.

What is your motto?

My motto is, “… before taking sides, ‘Reexamine’, ‘Rediscover’, and have ‘Discussions’ with others, in helping you to ‘Re-Assign Your Mind’, in making any changes.”

“Never stop learning,” says R. Ashton Wall, a recognized expert in cultural expression, as she talks about the trends in performing arts. She’s most excited about her novel, plays, movie, documentary and workshops; offering inspiration to those looking to build meaningful curricula, develop cultural programs that lead to behavioral changes and having fun in the process.

What were things like for you growing up as a child?

Thank you so very, very much for allowing me the chance to tell you my ‘Wrigley’s Chewing Gum Story’, outlining the importance of the smallest things retained from childhood, bringing meaning to my life.

Since I am the last in my family that knows the full story, I feel it is of utmost importance that I share it with Wrigley and the world, before too much more time passes. It’s too good and meaningful a story to not be told.  It’s about the blending of immigrant cultures from Ireland, Italy and the Caribbean.

At that time, there was a distinction between people of color, considered to be immigrants, vs. indigenous African Americans.  It was just after the crest of the Harlem Renaissance…. when my dad met the Gallo Family (big time gangsters of the day). As a matter of fact, it was ‘Crazy Joey’ Gallo who mentored my father, by helping him find himself and the location for the Kenby Photo Studio (Kenby being a combination of Knight and Byrd, two family names), located at 623 Washington Avenue, in Brooklyn, N.Y.  This also opened doors for my mother to find employment with Eddie and Grace Sorichetti, making what would be known today as Italian designer shirts.

It was a fluke meeting, really, involving an Irish New York City Cop on his beat, in front of a candy store (I lived in the back with my immigrant family, including my parents and an older sister), and his daily devotion to chewing Wrigley’s Juicy Fruit Gum.  He would arrive mid-afternoon and, after lunch/before leaving, he would ask my father to have me sing him a song, for which he gave me a stick to chew.  I was then four years old.

Through my dad’s growing friendship with the ‘Patrolman’, he found employment with the Brooklyn Navy Yard. He was also later introduced by the Patrolman to others with the same photographic interests, specifically in The Brooklyn PAL Photography Club, where my dad was welcomed by Nat Edelstein, who pushed my dad in discovering his dreams; that of becoming Brooklyn’s  best known West Indian Photographer.

Through the Brooklyn PAL Photography Club, Nat also pushed my talents by getting me to perform on ‘The Ted Steele Show’ (CBS, DuMont, NBC), a live talent show. I’ve recently been trying to locate some of their archives, to see if I could find one of me singing.

As I got older, I was encouraged by the Sorichetti’s to take opera lessons from Mme. Maude Curry, and piano lessons from Professor Frank Scurro, at the original Metropolitan Opera Studios which was located in Times Square. There is where I learned concert piano and how to accompany myself.  I was later auditioned and accepted by The High School of Music & Arts (M&A), joined P.J. Wilhousky’s New York All-City High School Chorus, graduated, and with passing years, became the Founder/CEO of COLLOQUIUM DEPOT, LTD., a not-for-profit (501c(3)), focusing on Combating Abuse/Bullying in a non-confrontational manner, through Education, Entertainment and the Arts.

Utilizing the joys of entertainment and the arts to combat bullying led to my becoming a novelist/playwright/lyricist for a musical entitled TLC (Tender/Loving/Control), which is about bullying through love and classism, and soon to be a writer for television.

Briefly tell us about yourself and your professional role.

What is your legacy? How do you make an impact?

I hope to leave a legacy of “never stop learning; reassign your mind” in finding happiness. This is what keeps me going, keeps my zest and zeal up and always motivates me to learn and adopt new tools and innovations.

The USA is evolving every day with new trends emerging every moment. I feel proud when my work positively alters a child’s outcome and we deliver a behavioral change or new way of thinking to the community.  Helping to discover real value to families, youth, the community, cultural institutions, and businesses, is huge and satisfying, knowing I helped to do that.

How do you see societal violence shaping the work you do today?

The social violence is everywhere on TV and on our screens in our living rooms and personal spaces.  We must learn to positively reassign our minds through the joys of the arts.

How do you see trends in social media shaping the work you do today?

There are a lot of new trends that are helping us with what we do every day. When it comes to short-form video and pop-up events, I seek to learn and grow more by collaborating with others.

Interactive performance art is something I see picking up speed in the near future, where interaction can reduce anxiety and increase empathy.

The Internet of Things (IoT) has the potential to transform the entire social landscape as it is today. IoT can simplify and expand our communications efforts. It can also help us a great deal in touching those individual youths at their point of greatest need.